The Need For Ibogaine In Drug and Alcohol Addiction Treatment By Jennifer R. Donnelly 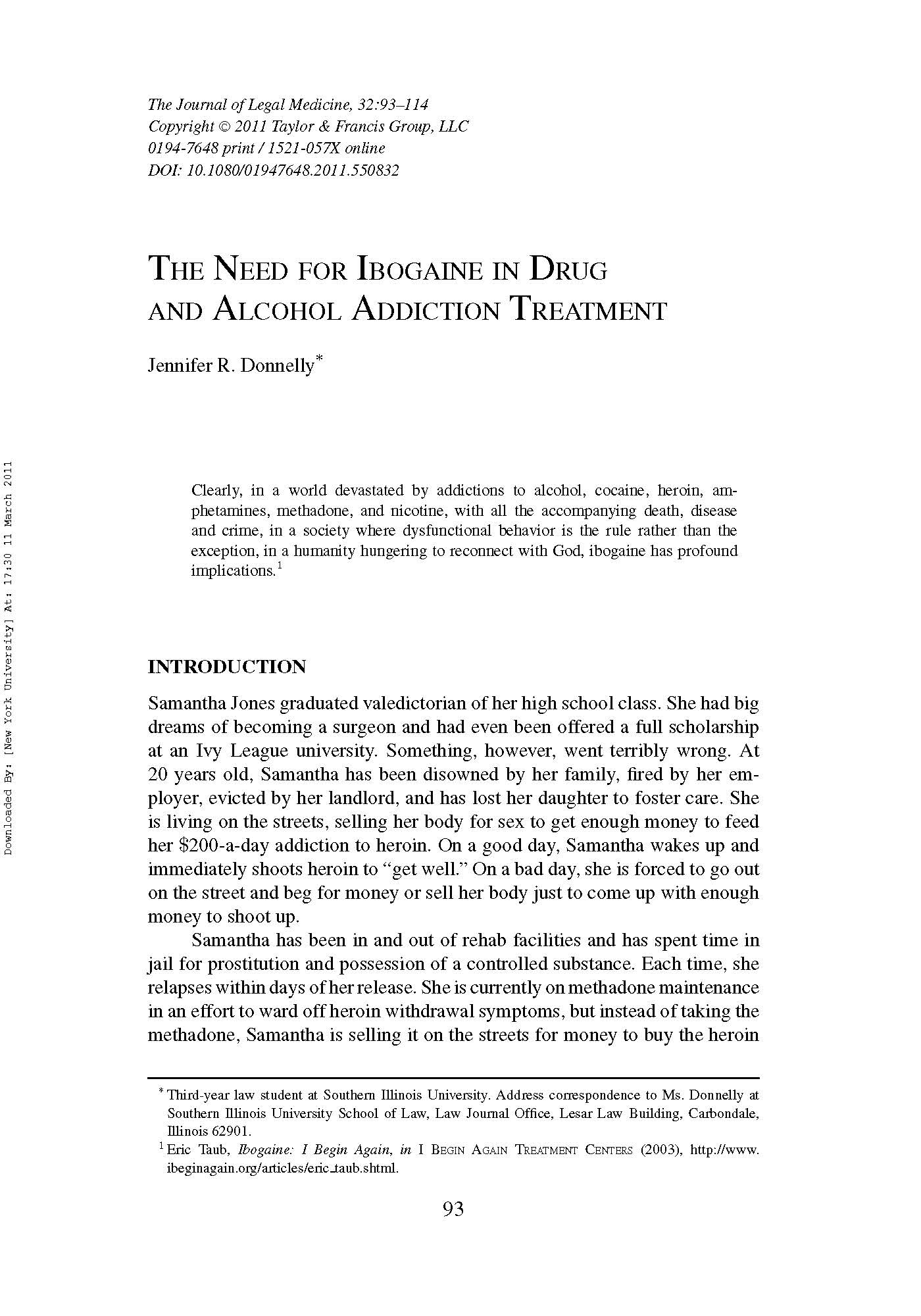 Ibogaine is a naturally occurring psychoactive substance derived from the roots of the Tabernanthe iboga shrub and other West African plant species generally found in rain forests.  It has been used for centuries by the indigenous peoples of Western Africa, mainly for use as a sacrament in spiritual initiation ceremonies.  It has also been used in traditional medicine, however, to combat such things as fatigue, hunger, and thirst.

Additionally, ibogaine was used as a mental and physical stimulant in France, under the name Lambarene, until 1970 and was popular with post World War II athletes before being banned by the Olympic Committee as a potential doping agent.

These studies illustrated that ibogaine allowed patients to revisit their past experiences objectively and without the negative emotions experienced during the actual incident, which, in turn, enabled them to confront and resolve deep personal conflicts.  During the same time, the CIBA Corporation was also evaluating ibogaine’s usefulness as an anti-anxiety drug.

When taken at low doses, ibogaine causes a stimulant effect eliciting increased alertness, and reducing fatigue, hunger, and thirst. Within three hours after ingesting a higher dose of ibogaine, the user will enter into the “acute phase,” typically lasting four to eight hours.

It is during this phase that the user experiences ibogaine’s most intense effects, characterized as the “panoramic recall of a large amount of material relating to prior life events from long-term memory, primarily in the visual modality,” or the “waking dream” state.

If the user is an addict, he or she will usually be taken back to the place and time where the underlying issue leading to the addiction arose,  allowing the addict to gain critical insight into the reasons why he or she abuses.